Since we provided social media marketing through darwinhub.com (Zhoom Marketing) for the event we scored press tickets to the 2011 Bass in the Grass music festival. Bass in the Grass 2011 is an annual festival in Darwin, Australia and has become one of the biggest entertainment festivals for all ages. The festival attracts some of the biggest names in Australia and even has a battle of the bands for the local kids. 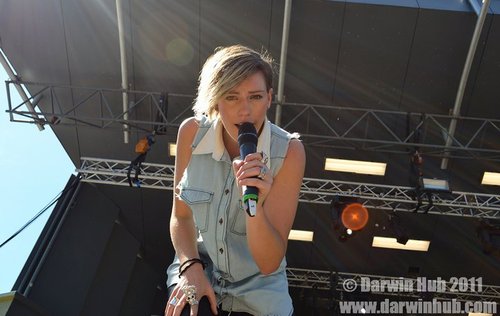 The lineup which included mainly bands from Australia included:

Our responsibility at this music festival was to capture everything through pictures, update our social media followers throughout the day about the bands, and after it was all over – give an overview on our website and provide pictures for everyone to enjoy.

Ciaran took over the crowd shots (everybody and I mean everybody dressed up in some sort of crazy costume) and I was on the band shots on stage. It was a bit tricky to get the perfect shot because we (myself and other photographers) were only allowed near the stage for the first 60 seconds of each band’s set so it was crucial to get a good shot in that short amount of time. We were allowed to hang out on the side of the stage after we got the shots but it was so loud and so hot I tried to escape whenever possible. 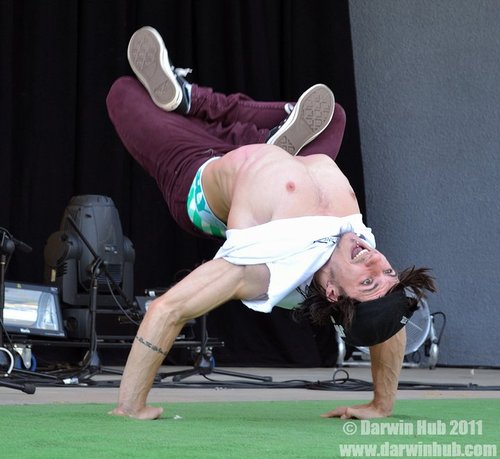 I had missed Bass in the Grass the year prior so this was my first time attending the ultra hip music festival. Despite the crazy heat and crazy crowds of young music fanatics this is a must attend event. All day music and all day entertainment in the Top End is something that just doesn’t come too often. If you are ever in Darwin around May (and I mean it is so accessible who isn’t?) you should definitely check out the festival.

Check out my Bass in the Grass photos on Flickr!

I can’t wait to see who the lineup is for next year!