Harlow’s first birthday party was a bit of a hot mess. Her day was doomed from the start. She didn’t have her nap at the usual time, we didn’t pack her typical food and tried feeding her what we had on hand, which bit us in the ass and gave her a terrible stomachache.  To top it all off, she was teething, which gave her a fever & an ear ache which led to non stop crying. It was fun for everyone!

We spent the entire party taking her up to a quiet room to calm her down and try to get her to nap but she kept getting disturbed. She had truly never had a worse day up to that point or since then.

Because of that, we barely got to talk to our guests, Harlow didn’t play with any of her friends, we skipped cake, singing happy birthday and opening gifts. It was so sad and I was so bummed about it. Yes, I know she will never remember her first birthday, but I will.  One of my friends told me I would look back and laugh about the whole thing, which I can now, but at the time I was so sad because I had put so much work in to making it perfect.

Here are a few pictures we got from the day. 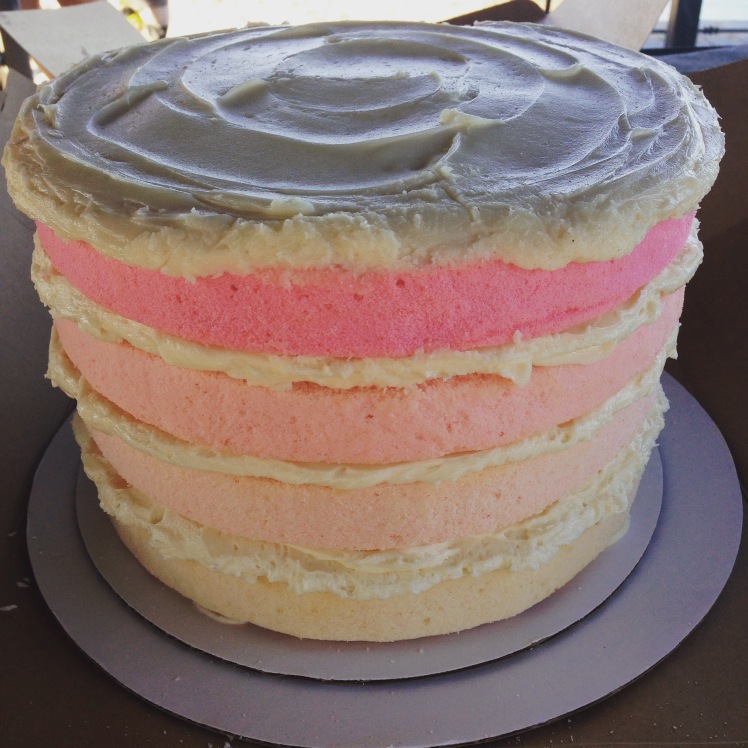 I found some baby medicine in the diaper bag (after everyone had left) and gave her a little bit which instantly made her feel better. I wish I had done that earlier in the day.

After all of our guests had left, except close family, Harlow was feeling a lot better. Go figure. We gave away the cupcakes and her smash cake to the Y Guides that were at the lake camping that night, but we let her have a piece of the main birthday cake to try…I think she liked it! 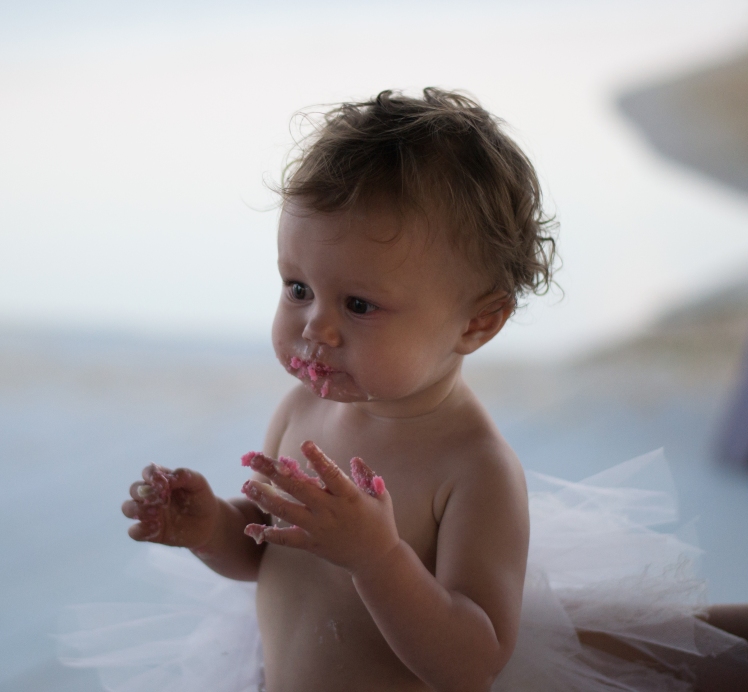 A week later, we were back out at the lake for some live music. We still had all of our party stuff in the back of our car so we decided to snap a few pics before the sun went down.

Next year will be much more low key!